AC Milan is one of the most successful football teams in Italy as well as in Europe. They managed to achieve winning many important trophies throughout their career that initially started in the year 1899 when the club was first founded and in 2019 it will be 120 years old. The recent years for the club haven't been their best due to club reformation and the end of the veterans' era. Another reason for the decline in their level is the lack of financial support that usually comes from Italy's former Prime Minister Silvio Berlusconi who happens to be Milan's current owner and president. Milan and Silvio Berlusconi's era is set to come to and end at the very end of 2016 or the beginning of 2017 due to the club's potential sale to a group of Chinese investors who plan to bring the club back to its glory days. Milan currently is occupying the top four spot in Italy's Serie A (Italy's football professional division league) and fighting with their newly appointed coach Vincenzo Montella to aquire one of the qualifyng spots to play in the UEFA Champions League which they happened to win seven times. 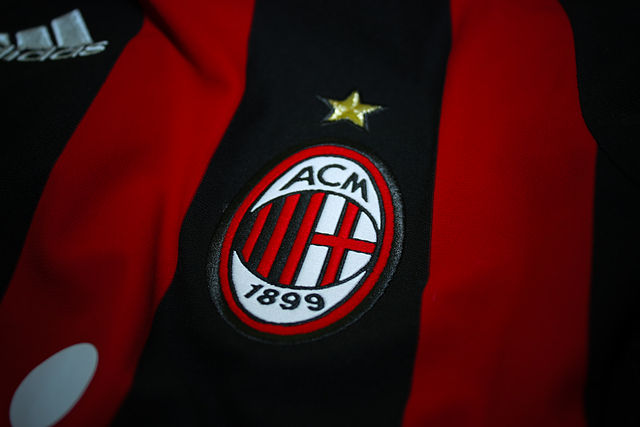 The picture above shows the official logo of AC Milan which is used on the first home jersey.